The group has been established in 2018 by uterine cancer survivor, Phillipa Challis OAM, to operate as the Geelong Region Cancerians supporting the Australian Cancer Research Foundation.

Phillipa believes raising awareness of its symptoms as well as raising funds for research into new treatments will increase the survival rate for those diagnosed, citing uterine cancer as being the fifth most common cancer diagnosis for women in Australia. 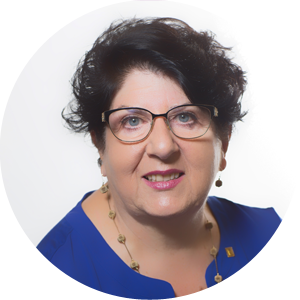 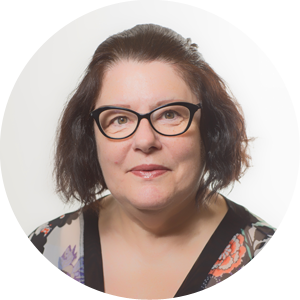 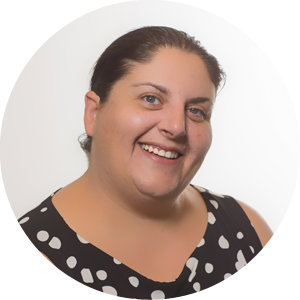 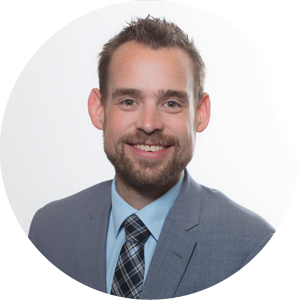 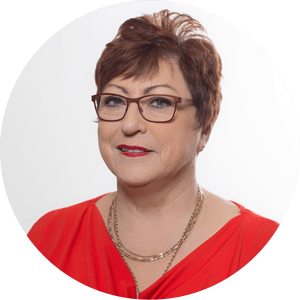 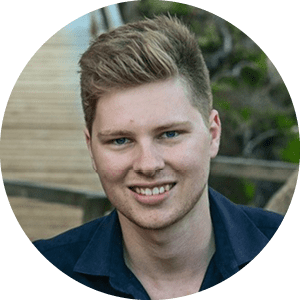 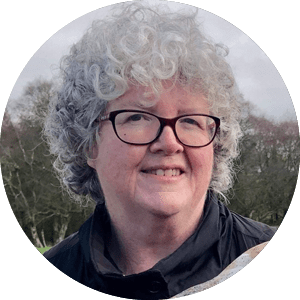 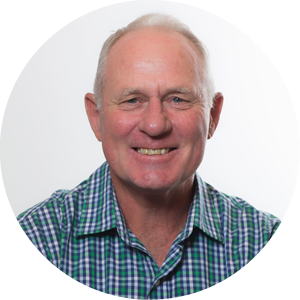 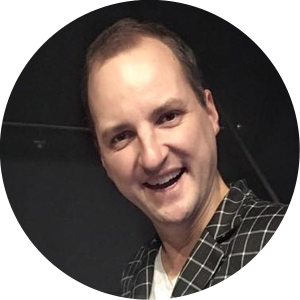 Working together we can help beat cancer

Through to December 2020
(Closing 5pm on Monday 7th December)

The Geelong Region Cancerians was launched April 2018 in response to the desire of our Founder Phillipa Challis OAM to give back to the community after becoming a Uterine Cancer survivor in 2017.

Her aim to raise awareness of cancer detection while raising funds that support research for uterine cancer and all other cancers has become our mission.  The vision for the future of the Geelong Region Cancerians also includes the education and dissemination of information about the warning signs of Uterine Cancer and other cancers.

Australian Cancer Research Foundation (ACRF) was selected as the organisation that would receive the results of our fundraising efforts, and it was from them that we obtained the following information –

Each year, about 2,500 Australian women are diagnosed with Uterine Cancer, also known as cancer of the womb. The majority of these women are over 50. In Australia it is the fifth most common cancer diagnosed in women and also the most commonly diagnosed gynecological cancer.

As Australians experience 12 times the global incidence of Melanoma, and it is the most common cancer in Australians aged 15 to 40, a diagnostic centre set to revolutionise the early detection of Melanoma will be established with a $9.9 million ACRF grant. The rollout of 15 three dimensional total body imaging systems across Victoria, Queensland and New South Wales will significantly enhance the capability and capacity of clinicians and researchers to detect and understand melanoma.

Our involvement with ACRF is history making as Geelong is the first regional city in Victoria to have been formed and be affiliated with them.  Their message that ‘together we can outsmart cancer’ is one we have embraced.

ACRF is the only charity in Australia dedicated to ending all forms of cancer by exclusively funding cutting-edge technologies, state-of-the-art equipment and facilities that researchers and clinical teams need to fast-track discoveries and new treatments.

ACRF have recently funded a grant of $3.5 Million, awarded to Children’s Cancer Institute (CCI). This is the third grant provided from ACRF to the Institute and it will be used to establish The ACRF Child Cancer Liquid Biopsy Program. Each year in Australia over 950 children and adolescents are diagnosed with cancer. This program will focus on those children diagnosed with high-risk cancers.

You are invited to https://www.givenow.com.au/geelongregioncancerians to support and share our aim, mission and vision in the knowledge that the achievements of the Geelong Region Cancerians will be immeasurable for those in Geelong and the wider community having to deal with uterine and other cancers.

We have presented ACRF with $33,000.00 in 18 months of fundraising. Thank you everyone for your contribution that allowed us to financially support cancer awareness and research.

“Thank you so much for making this funding available for Australian researchers so we can provide something really meaningful for Australians with cancer and for their family and friends. I know how much this means to every patient that I treat and this is the only way that we can go forward together.”

As we know, during COVID-19 face-to-face fundraising events are not an option; Geelong Region Cancerians has launched our ANNUAL GIVING CAMPAIGN 2020 to raise awareness and funds that support research for Uterine Cancer and other cancers supporting ACRF.

Final call for contributions — our 2020 campaign is closing at 5pm on Monday 7th December.

Or EFT using our bank details:

Please note your Surname and Annual Giving as the transaction description, and please notify our secretary by email at info@geelongregioncancerians.com.au of your EFT transaction.

In advance – thank you for making a difference

THANKS TO OUR MAJOR DONORS

Every donation helps! We’d especially like to thank Lake Imaging, Gforce and Mindwerx for their donations contributing to our 2020 Annual Giving campaign.

Our 2020 Annual Giving campaign has featured in the local news:

Our annual giving story in the Geelong Independent — if you missed the printed edition on 24 July 2020, you can read the article on their website: https://geelongindy.com.au/news/24-07-2020/boost-for-cancerians/ 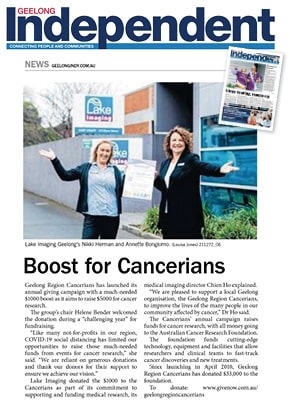 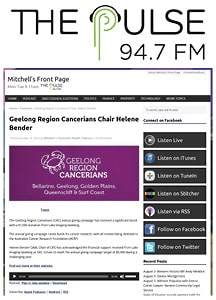 Cost: (SOLD OUT) $38 per person, includes grazing platters from SteamPocket catering, drinks at bar price, fabulous musical entertainment and a football panel discussing who will win the Brownlow Medal and which team will be 2020 Premiers.

Dwayne Russell, a former Geelong Cats player and media personality, together with Tom King, a broadcaster, commentator and the editor for football at Geelong’s home of footy: K-Rock, will openly discuss the 2020 season and give their prediction. 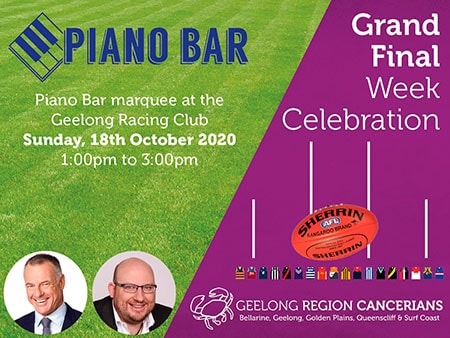 There will be a raffle on the day with excellent prizes to be won. All money raised from this event will be donated to the Australian Cancer Research Foundation for ongoing and new cancer research. Working Together We Can Help Beat Cancer.

This event is being generously hosted by Piano Bar owner Andy Pobjoy, who is also a Geelong Region Cancerians committee member.

Wear your footy colours with pride even if your team isn’t playing that one night in October!

Since the opportunity to gather for a large fundraising event is not possible due to COVID-19 social distancing, the Geelong Region Cancerians came up with a novel way to raise funds — SILVER CIRCLES.

The Silver Circles fundraiser is based on the Super 66 numbers drawn each Saturday night for 10 weeks from September 5 2020, with only 100 tickets available.

All of the sales profits from the range of Routleys most popular products offered in our Pie Drive will be included in our annual donation to Australian Cancer Research Foundation for cancer research.

Routleys family-owned bakery is the best wholesale bakery in Geelong, and has been making Pies & Cakes for over 60 years. They have perfected their delicious recipes over a long time.

Thank you for your support. 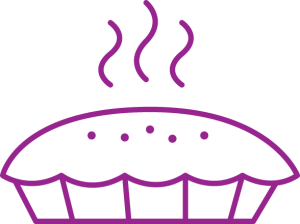 Thank you to the customers and families at Bunnings Waurn Ponds who took the time to support our BBQ. It was also great to see some of our supporters visit us too and buy a sausage or two.

Please see our Archived Events page for our past events prior to the ones shown above.

To give to our 2020 Annual Giving campaign, please refer above to the Events section of our page or click this button:

This is a final call for contributions: our 2020 Annual Giving Campaign closes on Monday 7th December at 5pm.

Donations to support research would be greatly appreciated

Please notify our secretary by email at info@geelongregioncancerians.com.au of your EFT transaction. 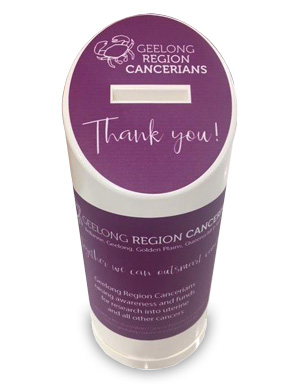 Out and about and wish to donate? Our collection canisters can be found at the following locations. We thank each of these businesses for showing their immense support for the Geelong Region Cancerians